It’s encouraging to get support from alumni for the Biodiversity Challenge 2020 – we will roll this out in February.

Updates will be posted to the BFF webpage at https://biodiversityfriendsforum.wordpress.com 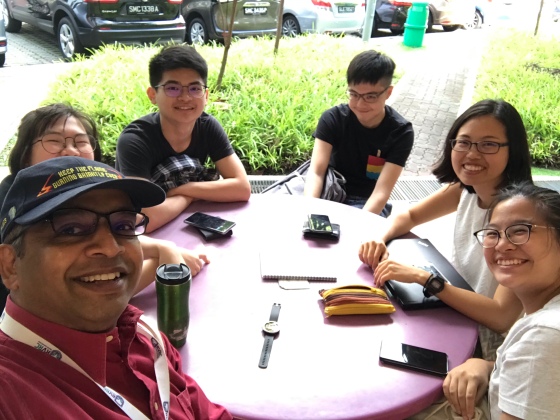 World’s scientists have put their weight behind a clearly written scientific paper presenting clear indicators against which to measure climate mitigation efforts. Essentially a scientists’ version of a “Climate Rally”, they are raising attention with those who need an ambiguous warning.

Despite repeated warnings by scientists going back four decades about a climate emergency facing the planet Earth, mitigation efforts by government and corporate entities are inadequate.

The obligation to warn the world is taken by Ripple, Wolf, Newsome, Barnard & Moomaw (2019) to mean delivering a clear and accessible report. The present a broad set of indicators were extracted from relevant, recent, clear and updated data sets to be presented as “a suite of graphical vital signs of climate change over the last 40 years”. 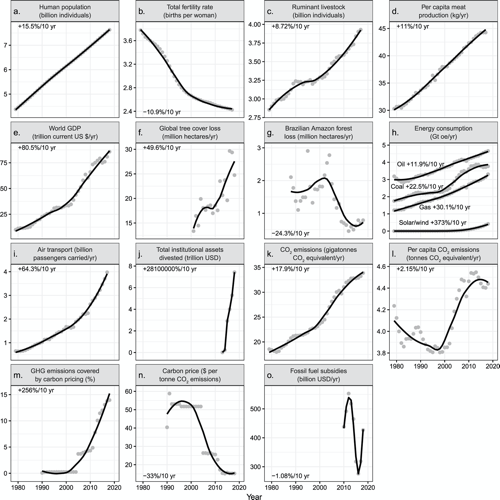 These vital signs are meant to “better allow policymakers, the private sector, and the public to under- stand the magnitude of this crisis, track progress, and realign priorities for alleviating climate change.”

This paper was also circulated through the clogged inboxes of scientific  communities and received support by some 11,000 scientists around the world. It is presented in clear language, and accessible for free here, with short recommendations and the assurance that ‘The Alliance of World Scientists stand ready to assist decision-makers in a just transition to a sustainable and equitable future.’

In Singapore, the evidence provided by science is well accepted and climate change was addressed by the prima minister. Translating that knowledge adequate and effective action is a challenge we need to improve on, and something youth have called for clearly through SG Climate Rally.

I dived into macOS Catalina since I had few 32-bit applications. Also I was feeling reckless and did not wait for the end of semester like I typically would. Thankfully, most of my apps were updated to 64-bit and I could afford to abandon the few legacy apps.

There was just a problem with PDFs. I print my Keynote lecture slide deck to PDF for distribution to students. NXPowerLite Desktop 8 reduces the file size by 90% for a manageable download of 10-20 MB.

But after macOS Catalina installation, my student Ivy Yeo, who uses Adobe Acrobat on a PC, alerted me that she could not open my PDF. I duplicated the problem on macOS Adobe Acrobat which also returned a blank page and the error message, “There was a problem reading this document (14).”

A few minutes later, though, she suggested using browser to open the PDF – she used Camino and I used Safari. The printed PDF could now be read by Adobe Acrobat.

After consulting forums and webpages, I suspect that Keynote on macOS Catalina is now adding metadata which Acrobat is choking on. The simple pdf readers inbuilt in browsers dump that additional data and could read the stripped file.

The workaround is excellent, but adds a couple of steps each time. So I hope one of the macOS Catalina updates fixes this soon! 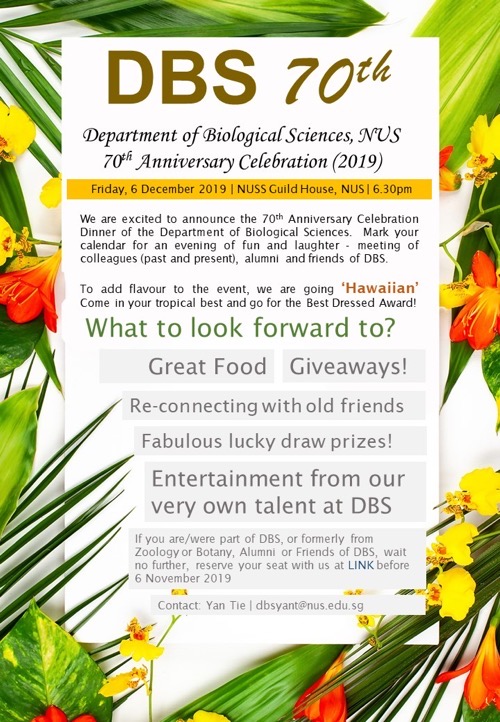 Kent Ridge is a lovely backyard to have in NUS, and we have conducted many natural history and heritage walks there. Being part of the Southern Ridges, a walk of some 9km walk will take you from NUS to Harbour Front. So we also have a landscape for a work out!

But we are all so busy. And many of our fellow NUS staffers are in the same boat. A number of NUS staff are able to make it at the official knock off time of 5.30pm on Fridays, so a few of us – Kenneth, Airani, Weiting, Joleen and myself, began rousing some away from their desks in 2016. Last semester’s plans fell apart, due to many deadlines, volunteer and stakeholder appointments. This semester,  we are making a valiant effort too reinitiate this.

And so we are offering these Friday briskwalks:

All are welcome. Just check the NUS Toddycats Eventbrite page for details and registration. 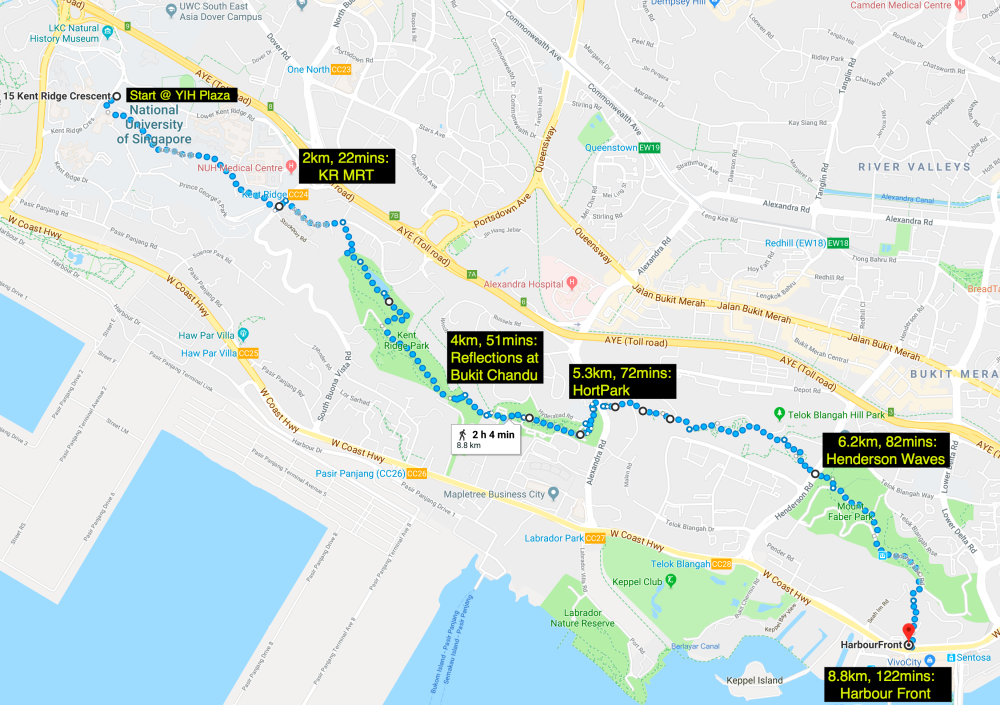 Back in April, after my jcolas filters failed in macOS Mojave, I was unable to compress PDFs and retain image quality. I tried tweaking the ColorSync Utility to do this, but despite my efforts, no joy this time. Then I brushed away the nonsense written about Preview’s PDF reduction capabilities, and finally found the free http://wecompress.com site. 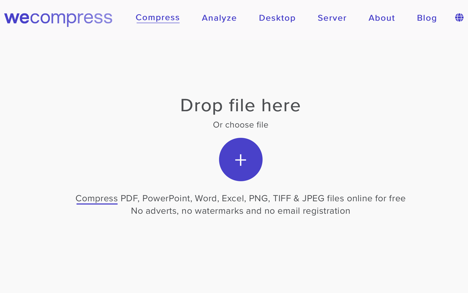 A quick drag and drop and I was presented with a 90% reduction of my 121MB PDF. And just as importantly, the compressed document retained good image quality. Just what I needed as I had to send the file to a bunch of people.

I did explore a couple of other apps, and Lightweight PDF, which is free, was note bad, achieving nearly 50% reduction of the same file.

Since I regularly compress and distribute PDFs of image-intense presentations to a hundred or so students (and usually in the middle of the night), I forked out the $45 fee for NXPowerLite Desktop 8 – that’s per user, not computer. And I’ve been happy ever since – drag and drop, and click “Optimise” – and a lot of pain to receiving students is prevented. 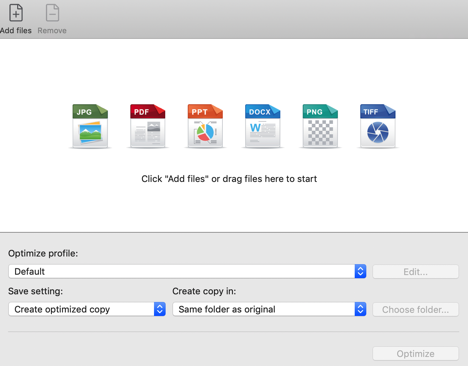 NXPowerLite app works on both macOS or Windows.

This past week, we have been hosting the 5th international Mangrove Macrobenthos and Management meeting (MMM5) which saw researchers, practitioners and NGOs from across the world engage in extensive discussions and visit field sites in Singapore and Johor. As a result, we are able to organise a Public Talk and Forum about mangroves, which we all love and try to protect, at National Library this Saturday.

Prof Joe Lee is an excellent speaker who draws clinically on global mangrove research. His conference Keynote was already very clear!
His lecture will be followed by a panel discussion with several mangrove scientists so this is the place to ask any question about mangroves and their management.

Join us on Saturday 6th July 2019: 11.00am – 1230 at National Library (Victoria Street).
Admission is free, and all are welcome so let your friends know.
Just register to let organisers know, at https://tiny.cc/mangrove_public_forum 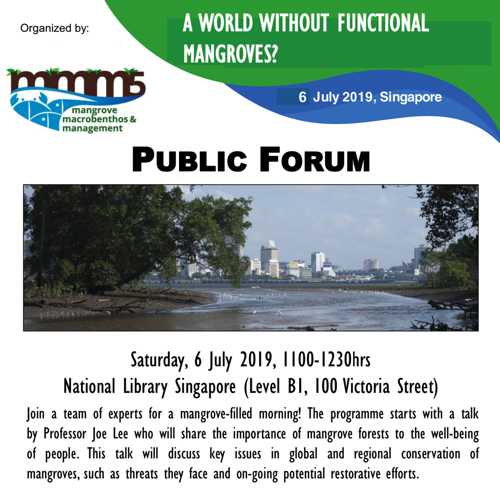 There was an error retrieving images from Instagram. An attempt will be remade in a few minutes.

Otterman speaks…
Create a free website or blog at WordPress.com.