Today (09 Aug 2011) is the 46th National Day of the Republic of Singapore. Last year, I prepared a gallery of satellite images for the 45th ND.

A few major events of national interest and significance happened in 2011. One of which was the closing of the Tanjong Pagar Railway Station and the KTM Railway on Singapore Island. The Railway and Station closed on 30th June 2011 (Thur).

Coincidentally, a new edition of the civil version of the Singapore 1:50,000 scale topographical map was published in July 2011 by the Mapping Unit, right after the Railway closed.

What is the historical significance of this new map? This is the last time that the KTM Railway would be shown as such on this topographical map. The entire length of the railway tracks would have to be dismantled by the end of 2011. In other words, by the time the next edition of this map appears in 4-5 years’ time, there will not be any remnants of the tracks to be seen and depicted on the map.

When the real thing is gone from the landscape, the line drawn on the map would serve as a more ‘accessible’ reminder of its past existence and alignment on the ground. 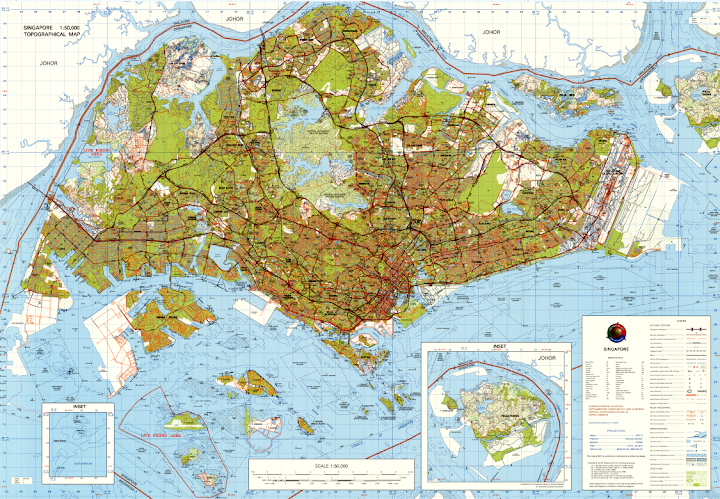 Looking back in time, a full century ago to be exact, there was coincidentally another island map of Singapore dated 1911. The then Singapore-Kranji Railway had been fully linked from Pasir Panjang to Woodlands. The original line which opened in 1903 was from Tank Road Station to Woodlands. An extension was started southwards to link Tank Road Station to the wharves at Pasir Panjang. This extension became fully operational in 1907.

The 1911 map of Singapore Island was therefore the first map to record the full operational length of the Singapore-Kranji Railway from Pasir Panjang to Woodlands. The previous edition of the map was published in 1905, two years before the completion of the southern extension.

A century later, the 2011 edition of the Singapore topographical map would be the last of such maps to record the full length of the KTM Railway (or any ‘real’ Railway for that matter) on Singapore Island.

This new 2011 topographical map can be bought directly from the publisher: the Singapore Armed Forces Mapping Unit (SAF MU) in Paya Lebar Air Base.

For those interested in buying this map, please call the Map Store at 64883199 to make an appointment (for collection of the map) and payment details. Payment is by cheque only. Each map costs S$11.70 (w/ GST). Here’s the location map of Mapping Unit in Paya Lebar Air Base: link

Preview images of the 1911 and 2011 maps of Singapore can be viewed here: link 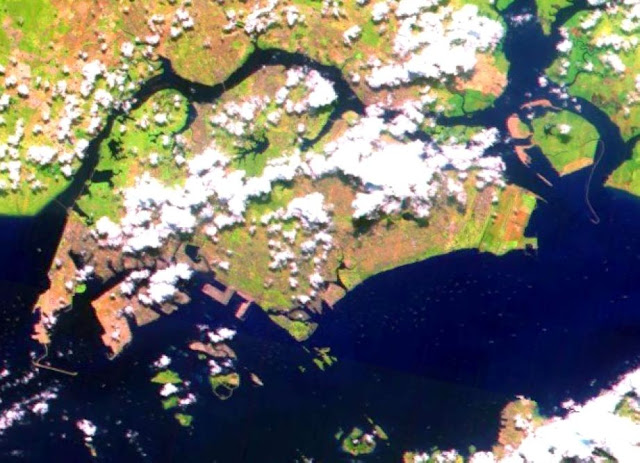 As today is the ND of Singapore, I have continued with last year’s practice of including a satellite image of Singapore taken in 2011 to serve as this year’s Birthday portrait. Perhaps I should turn this into an annual tradition? 🙂

Yes, Ly Yng, PLEASE make this an annual tradition! What a lovely way to celebrate the nation’s birthday, thank you. This will be posted to <a href="http://habitatnews.nus.edu.sg/"Habitatnews later. – Otterman