Today was lovely – I set off for Fort Road from Holland Village at 6.15am only to see Kevin Lim arriving on the Surly Big Dummy which he’s trying out. While I took off towards Orchard Road, he took a bite while Kenneth Pinto tweeted that he had woken up too late to train down via Circle Line. So Kevin took off for Bishan after his waffle to merry up with Kenneth there and they were taking the usual route through Tampines.

Meanwhile, I put my Brompton through its paces at Nicoll Highway and then Fort Road which I reached just before 7.00am. “The Intern” Jocelyne Sze turned up promptly on a somewhat ill-fitting but inherited bike. We chatted and the Zendogs gradually appeared – Yap Chi Wei, Aaron Chia, Catherine Chew and Airani S.

Last night a few of us had cajoled and finally ordered Kok Min Yee to turn up this morning. After a detour to the lorry park nearby, a large blob of orange appeared in the distance!

It was Min Yee and we mounted up to head off for Changi at 7.24am.

The runners Adrian Loo and Alvin Wong, both woke late, so tweeted to warn of their absence. Adrian eventually opted for a run with his wife, clocking 13.05km By 8.30am the rest of us had merried up and were tucking in to breakfast at Changi, where we saw Maximillian Mager at Changi and his posse of mountain bikers. Changi Village in the morning is lovely and more so amidst breakfast with a large group of bikers!
Jocelyne had put up a good ride down for her first ride with us, and the lovely morning was made even better when her dad was summoned and agreed to rescue her. Meanwhile, Chi had adjusted her seat positioning and height, and recommended that she shorten the stem for a more comfortable ride in future, with much less punishment. She can feel the difference just cycling in a small circle, already!
Later Kenneth did some trials with the Big Dummy, transporting Kevin and we all decided we were not likely to go camping with that hevy-duty tank! We headed back south with Yi Ling, Kevin’s old classmate, who had come by and found her friend Chia Yi on her way up to Changi. We said goodbye to Max and company who headed to Pulau Ubin and the trails and Airani chatted briefly with Cheng Puay who had made the Fort Road-Changi run with some colleagues too.
At the head of the pack along Chngi Beach Park, Yi Ling and I were chatting and missed the condiderable excitement outside SAF Ferry Terminal – a lady on a racer apparently crashed (endo-ed) on the road heading towards Changi Vilage outside the PCN. Catherine exclaimed, but turning round I saw that everyone looked fine on their bikes and carried on.
Apparently what happened next was that Min Yee nearly crashed into the same pylon I did crash into two weeks ago! And as Aaron detoured to check on the lady lying on the road, a distracted Airani drifted right, and a halpless mountain biker was unable to avoid her – she hit his handle, then tossed her bike to escape with just a bloody forefinger and bruise on her inner thigh. The mountain biker was not struck and turned out to be a very nice lad who was only concerned about her condition –  but she was okay and ex-medic Kenneth had her confirm all her hand functions were intact. Phew!
With everyone safe, they rode on and evetually met Yi Ling and myself who had been waiting, and beginning to wonder. We clustered at the far bend of the Changi Coastal PCN just before the turn to the Tanah Merah shore =- and there the arriving party reglaed us with much excitement! We realised then, that amongst the lot of us, we had a doc, a medic, at least three first aid kits, a bike mechanic, an ambulance (Kevin’s trial Surly Big Dummy) and papparazzi.
We were glad everyone was safe and rode on back to Fort Road and home. I did fine on the Brompton today but at the NTU BIke Rally with its more hilly terrain, I will stick to my ten-year old GT, which is in the shop right now. Still, the Brompton is certainly an elegant bike and it was a lovely ride! Meanwhile, Kevin did 118km that day, on the Big Dummy and was pretty much exhausted. He will return the bike but has our respect for the mileage he put in with it today, and some of that with the brake being applied on the rear wheel too, just like Airani on her Norco Charger last week!
Airani and I did a spot of  Chinese New Year visiting in Tampines where we dropped off Aaron Chia who set out in the hot sun to Sengkang. We made ourway to the home of former Pedal Ubin guides, Ivan and Tammy. We showered and took turns to nap on their comfortable sofa, where I chewed Kyser’s ear briefly, in between telling some cycling stories!
Oh that every Sunday should be this lovely!
Use arrows to navigate through the gallery below. 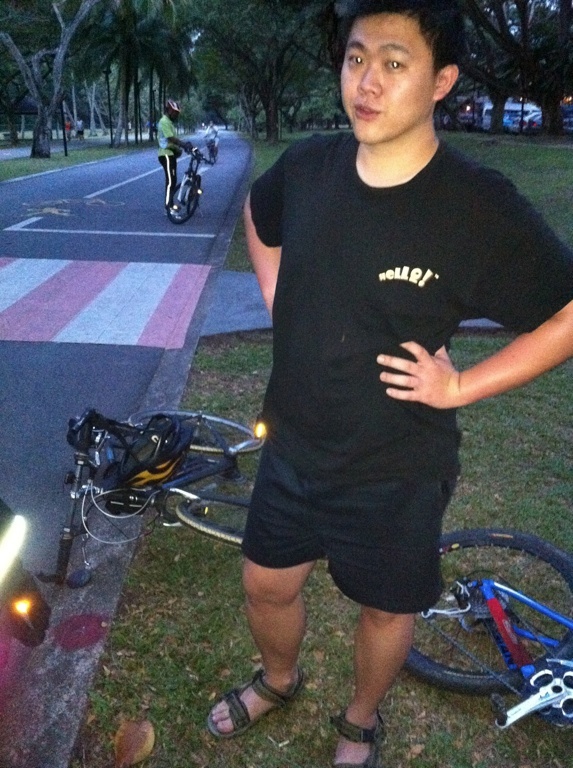 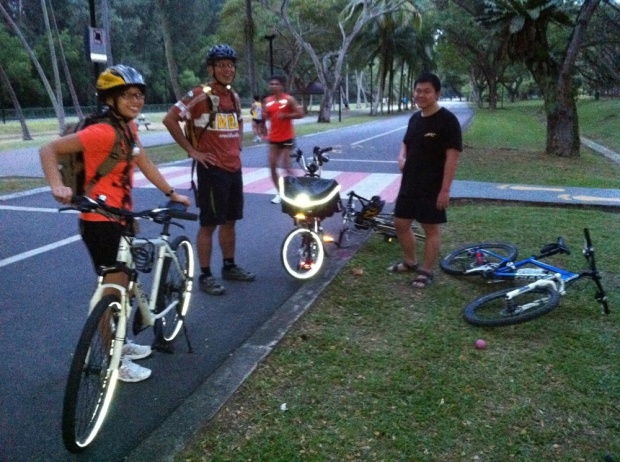 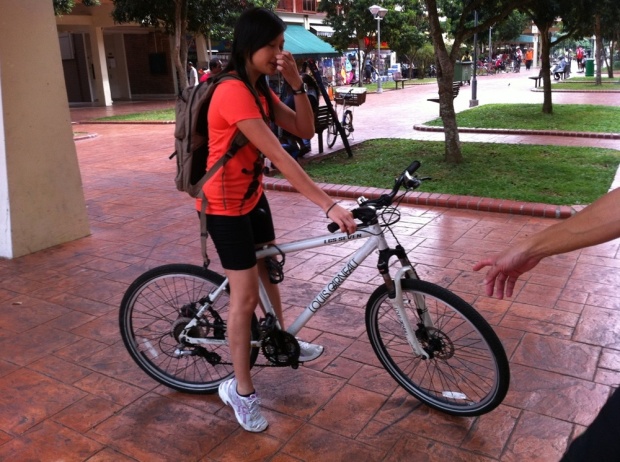 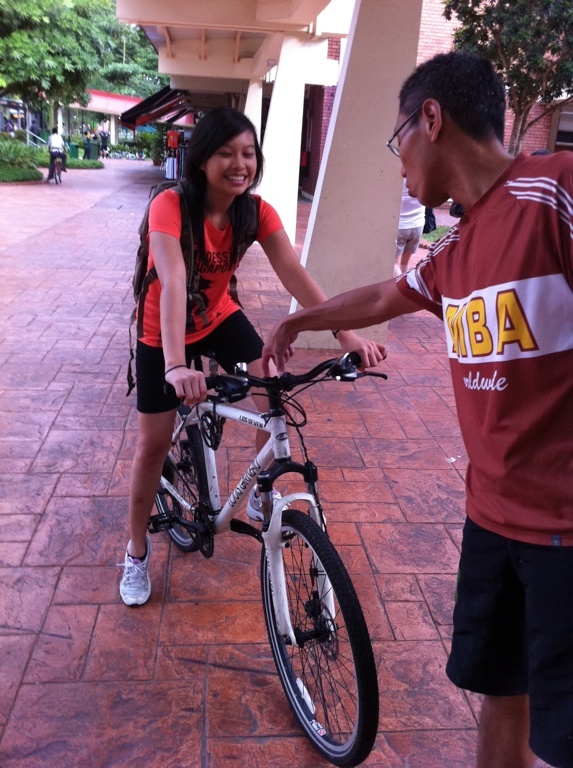 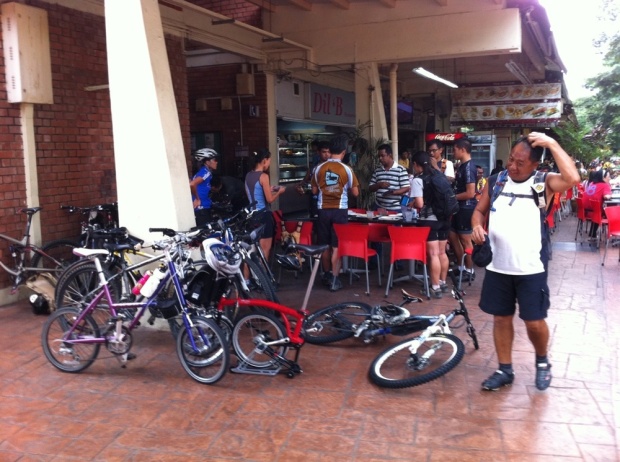 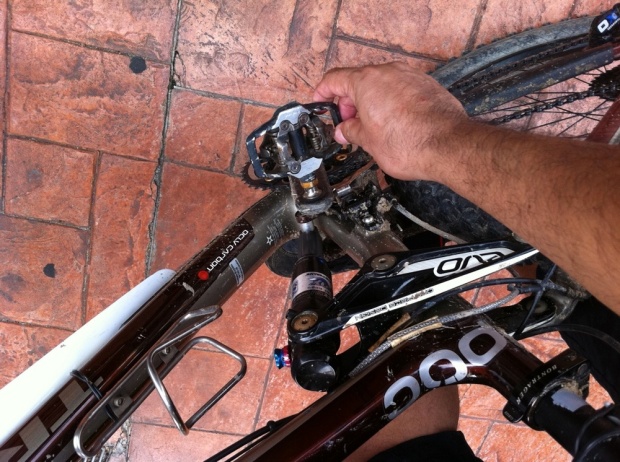 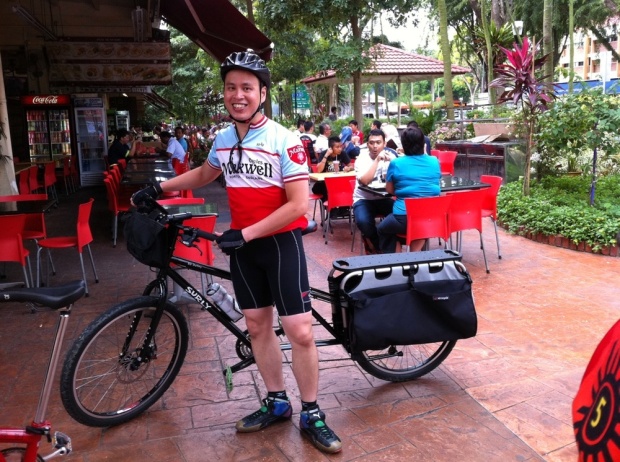 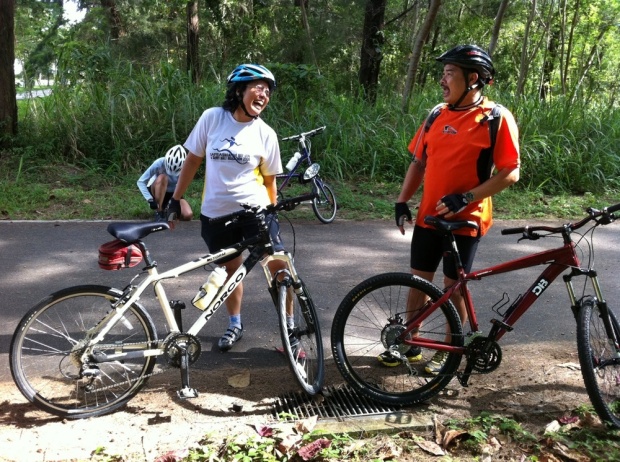 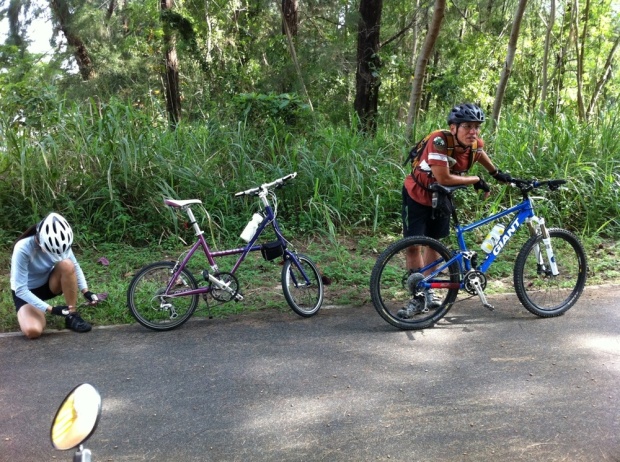 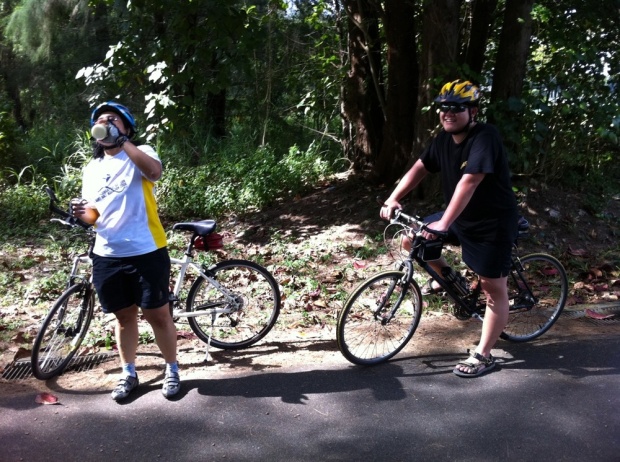 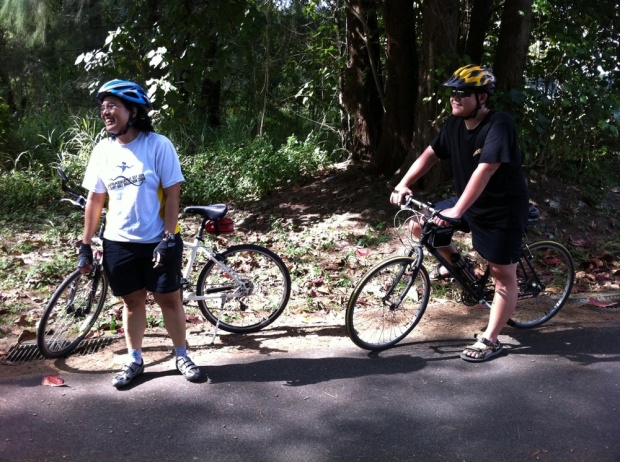 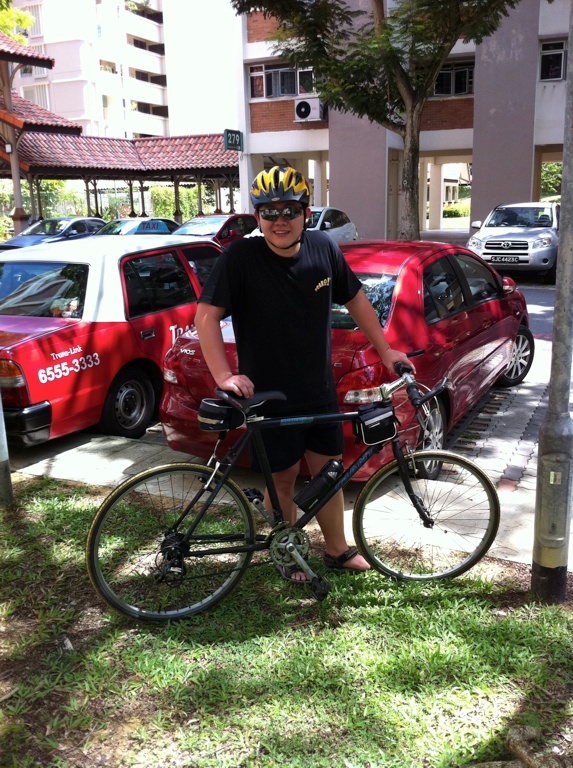 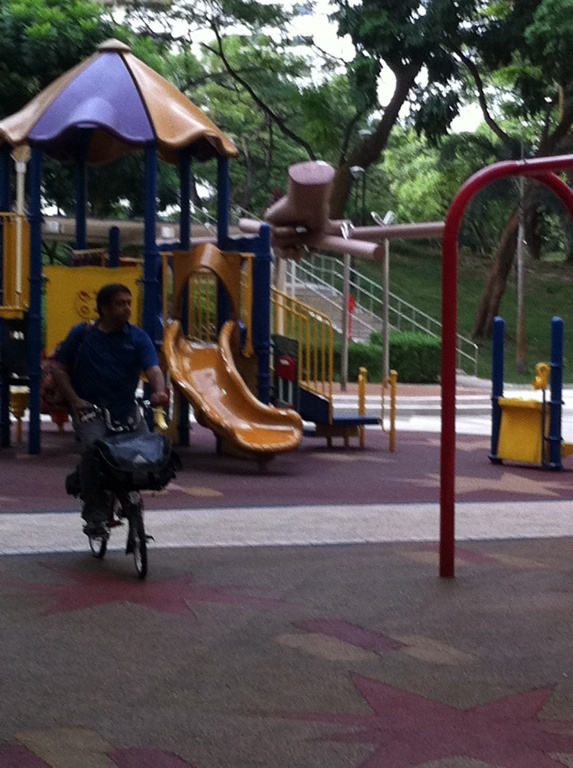