In 1972, a mango tree was planted by Hidayah Amin’s grandmother at Gedung Kuning (Yellow Mansion) to commemorate her birth. In 1989, the area was gazzeted a conservation area and the building acquired by the state in 1999. Restored to be part of the Malay Heritage Centre, Gedung Kuning was host to a restaurant, ‘Tepak Sireh‘.

Photo of Gedung Kuning by linkway88,
you can see the mango tree on the right.

In April this year, it was announced that The Expansion Group would be revamping the building and later that they will open a restaurant called ‘Mamanda’ in July ‘with authentic Malay food and traditional cultural performances such as silat and folk dance. ‘

Last Saturday, the healthy mango tree was cut down.

Two days later, Hidayah was informed by email about a decision to remove the tree. Alerted by friends the tree had already been destroyed, she rushed down on the 26th to see that in deed all traces of the tree were gone.

Too late to transplant the tree, Hidayah pens a poem which was published in Berita Harian today.

See GedungKuning.com for the poem and the story about her mango tree.

Hidayah Amin is author of “Gedung Kuning: Memories of a Malay Childhood”, published in 2010, available for $28 with delivery at Archipelago Consultancy.

When I popped open my MacBook Pro yesterday whilst briefing my honours students, I saw WirelessSG in my list of networks. I’m usually wired so wondered when this started appearing.

Just now, fellow macaddict Teutoburg who is stuck in a chair says he noticed this only recently too and sent us this image. Coverage is “pretty good” in our Department of Biological Sciences. Kenneth said he too noticed it only yesterday at Computer Centre and was able to “just about get it” at the Kent Ridge MRT bus stop this morning, similar to the range of the NUS wireless network range. This will be a big help with visitors to campus for workshops and the like – previously I’ve had to issue each volunteer with a NUS Visitor Account which can take time and creates a bottleneck at the start of a session. The savvy and equipped users switch to their phone’s personal hotspot but this is much easier. We’ll be able ask our overseas visitors to pre-register too. Hope its everywhere and the signal’s strong!

To revert if you’re not on timeline, go to your profile,
Edit Profile > Contact Information > Emails:
click on symbols to select email address to be “shown on profile”.

Thanks to alerts from mrbrown and channelnewsasia. Meanwhile, Facebook is sulking.

Zendogs returned from Chinatown to Commonwealth via the Alexandra Park Connector and Alexandra Canal Linear Park. It’s a way to beat the frantic traffic along Ganges and Alexandra Roads, although these roads are tolerable as they are several lanes wide mostly, its much safer and peaceful riding a park connector.

I was exhausted but Adrian took care of the blog post!

Kevin was invited to speak at blinkBL_NK #22 about bicycling after an impromptu session at a recent BarCamp. He invited Zendogs to chip in and I agreed to help out.

“The Rise of the Foldies” was the working title for an article I had drafted recently. I had to toss it as the article coverage changed, but it was suitable for the narrower confines of this talk and I happily revived it.

I was told the Q&A would be energetic and interesting so am looking forward to that. Then, naturally, Kevin says, he’d flying back from Bangkok that day and hopes he will not be late. Now, at least one of us should ride down that day and with a spoke fallen out of the GT during my last ride, I’d better check that Brompton’s tyre.

“Cycling was a liberating experience of our childhood, made possible by a safe environment available to young and unsupervised riders. Through scraped knees and elbows, our skills developed organically with time.

Urbanization has since robbed our streets of their nurturing role in communities. Increasingly crowded roads with fast and large vehicles saw cyclists fade with loss of safe spaces even as we became more sheltered.

But in the past few years, there has been a dramatic change, brought about by the rise of foldies and the extension of the PCNs. Thousands have returned to the saddle and we now ask “how ready is our city to embrace this evolution?”

Update – slides and video of talk.

The Assisi Hospice Charity Fun Day is here once again and today we completed the goods transfer to SJI International. The advertisement for things we can resell was successful and we have LOADS of stuff to sell, so much I emailed Toddycats to see if any can drop by for an hour to help out. 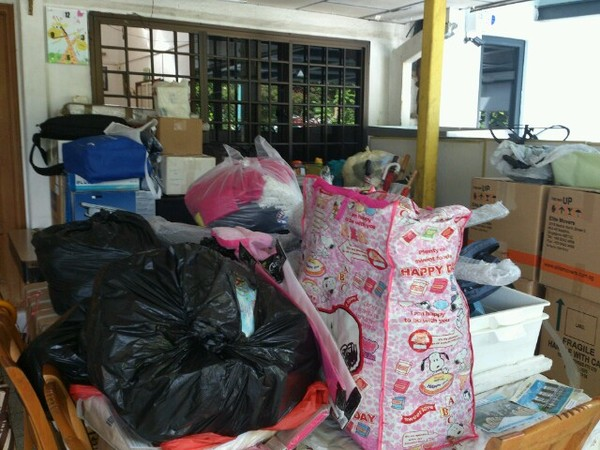 Airani says there is loads of very good stuff this year which which should be released at half-decent prices at the very least and not go to firesale mode too early. Oh wow, she must be impressed to say that as she is the one usually urging us to release things for the lowest prices by 12pm.

The Adrian writes to say even more stuff is coming and Airani wonders how we going to be able to sell it all. Then she plots to offer some of our items as free gifts for purchases above S$20!

Besides hydrating and worrying about our stall tomorrow, we can also look forward some delectable delights offered by various other stalls. There will be no shortage of good food during this event! 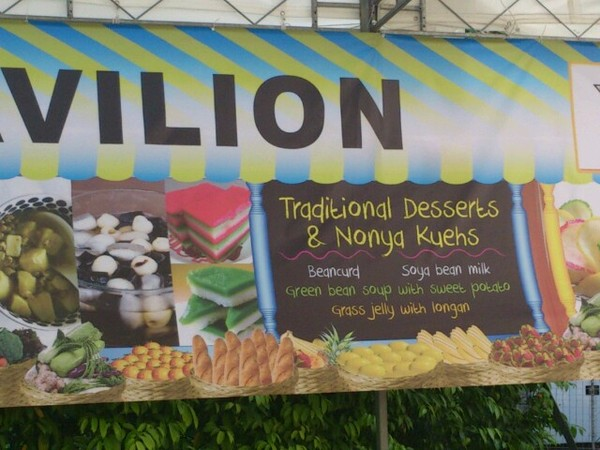 You can buy your tickets at the fun fair itself.

All photos by Adrian Loo.